Special jerseys in cycling are used to indicate the leaders of each race classification during the Santos Tour Down Under. Find out about each jersey below. JERSEYS AND CLASSIFICATIONS 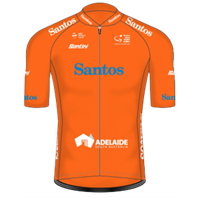 This jersey is awarded at the end of each stage, and the race, to the rider with the most number of points in the sprint classification. Sprint points are awarded at pre-defined checkpoints on stages, including the finish. Sprint checkpoints located along the route are referred to as intermediate sprints, and carry fewer points than those associated with the finish. The first three riders receive points towards the classification. 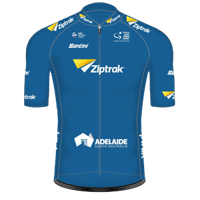 Subaru King/Queen of the Mountain Jersey 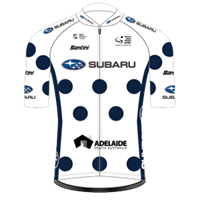 The Young Rider's jersey is awarded at the end of each stage, and the race, to the rider under 26 years of age with the best cumulative time in the race. The Youth Classification leader and winner traditionally wears a white-coloured jersey in world cycling, and the Santos Tour Down Under also maintains this tradition.

The team with the best combined time after each stage is awarded the Winning Team prize. Traditionally, this has involved the presentation of boomerangs. 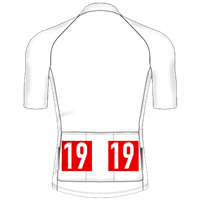